Calling all globetrotting skiers…
Still humming and hawing about where to go for your next trip? Short of inspiration?
We have a few suggestions that might help you decide.

As you already know, we will always be in Kamchatka from the middle of March to the middle of May.
Kamchatka may be our first love, but there are many other magical places to explore.
Ski touring, heli-skiing, ski cruises, even mountaineering… we have eclectic tastes and like to leave every door open. The best way to explore an area depends on its characteristics, so we adapt our ski trips to the nature of the terrain and local conditions.

Throughout the year (or almost) you will find us in one corner of the globe or another. Every trip is different, but they all have one thing in common – exploration.

So, here are a few ideas…

Antarctica
October-November on the white continent… First you have to get to Ushuaia, where you board a cruise ship for a voyage through the realm of icebergs that takes in some of the world’s most famous landmarks: Cape Horn, the Drake Passage, Neko Harbour, Port Lockroy… Ski tours in the coastal mountains alternate with excursions and lectures that will enable you to learn more about this harsh but fragile environment. 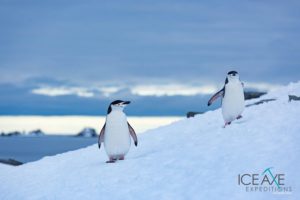 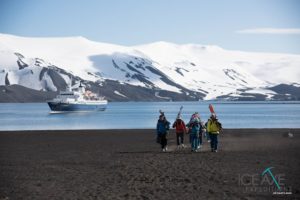 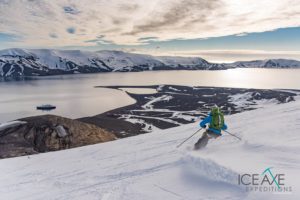 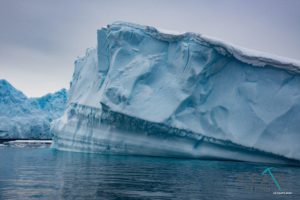 Japan
January: Dust off you skins and head to Japan, whose islands are now recognised as one of skiing’s great destinations. Lying under a thick mantle of light powder, the forested countryside is immaculate and deceptively mellow. The evenings are also mellow, with opportunities to relax in “onsens”, Japan’s traditional hot spring bathing pools, and dine on local delicacies. 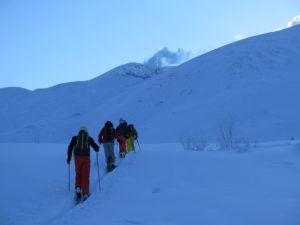 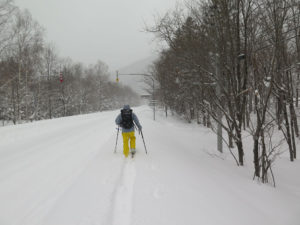 Svalbard
June: Come and join us for eight days’ sailing and ski touring halfway between Norway and the North Pole. In the land of the midnight sun, the days are endless, so you can make the most of every minute! Ski tour in the morning, excursion in the afternoon, and then another ski tour after dinner? There’s no reason why not!
The landscape along the edge of the pack ice, where polar bears reign supreme, is as immaculate as in a childhood dream. 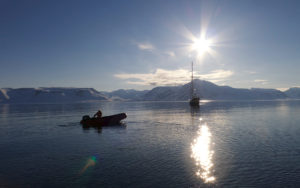 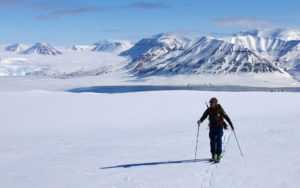 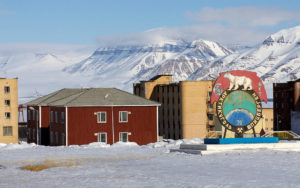 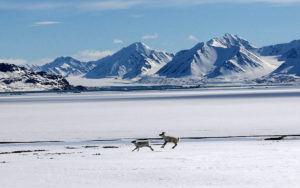 Chile
From July to September, Chile is the place to be. This is the land of “champagne powder” – wonderfully “dry” snow that falls in abundance thanks to the South Pacific winds, which shape the climate throughout the southern winter. The famous Cordillera, in the Central Andes, south of Santiago du Chile, is an exceptional playground that will delight the most demanding of skiers. 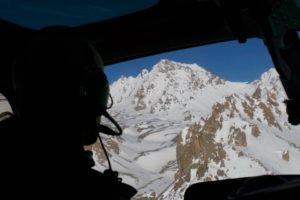 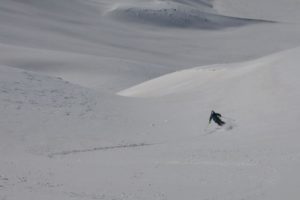 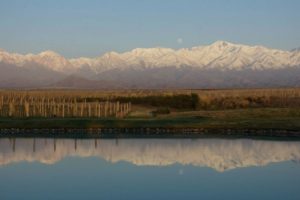 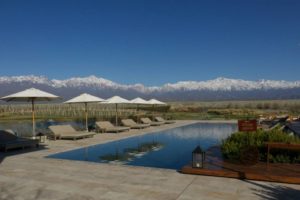 The circle is now complete… … another year’s skiing awaits!

And, of course, we are looking into many other destinations: Greenland, New Zealand, Turkey, Norway, Iceland, Alaska, etc.

So? Have you packed your bags?

Heliskiing specialist in Russia. Take off for an exceptional stay in Kamchatka, the Caucasus or Lake Baikal! Also discover heliskiing in Chile, Antarctica, Greenland, Turkey and the Spanish Pyrenees.